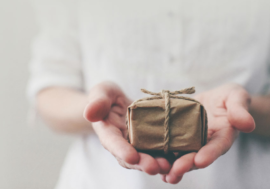 Thanksgiving Beyond Lip Service: Practicing the Art of Reciprocity

A few years back in one of my International Business Negotiation classes, a Thai student once brought up her frustration with her American classmates and friends who immediately say “ thank you” after receiving a gift or a favor, but then never reciprocate. The Thai culture is very generous and openhearted, yet there is a limit to how often you’re expected to give, give, and give.

It’s good to say thank you but soon we have to follow through with action!

Once, when Michele and I were in Kerala, India, we asked our host how one says “thank you” in their local dialect. She told me there is no such word or gesture. She was surprised when I then asked how people show appreciation for what they’ve received. After she’d thought about it for a moment, she said, “By their actions.” She explained that giving is an obligation of being a part of family or community. There’s no reason to say anything about what’s simply expected, although you are expected to give after you have received.

So whatever you are are thankful for make sure you give back with your actions.